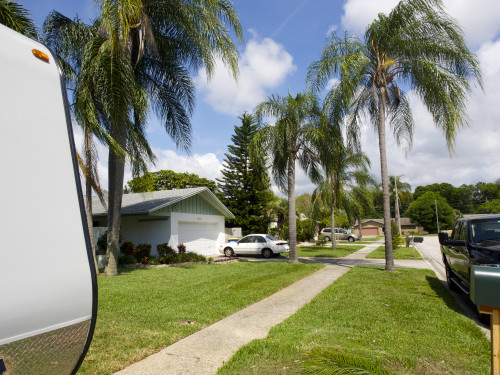 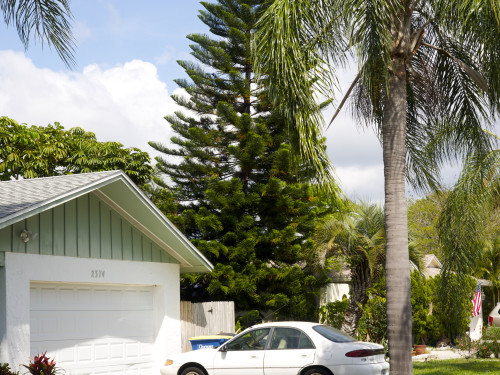 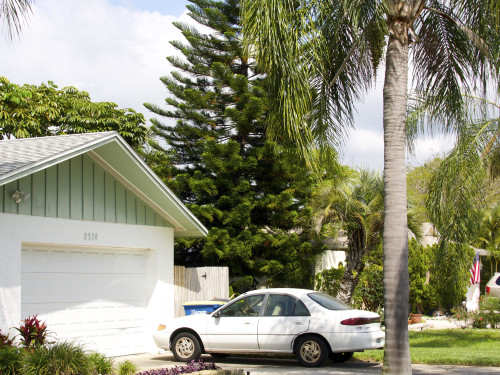 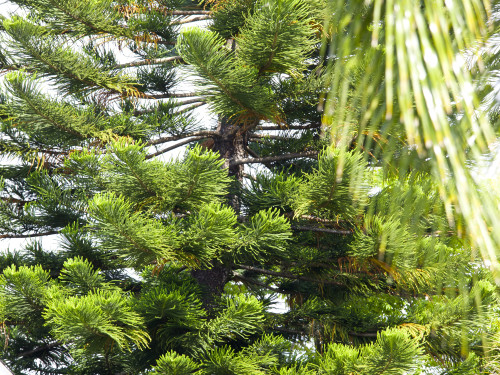 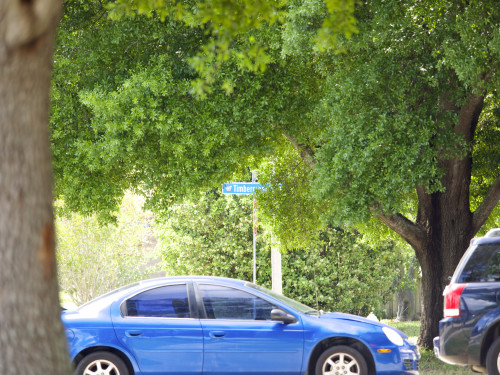 While Laurie got to enjoy a leisurely drive home from Ohio with the boys (okay, so it’s anything but relaxing and peaceful – that’s not the point!) I got to deep clean the house.

Laurie’s already annoyed since I’ve created a series of massive piles for her to sort through, but I have to confess to this being the state of under our bed: 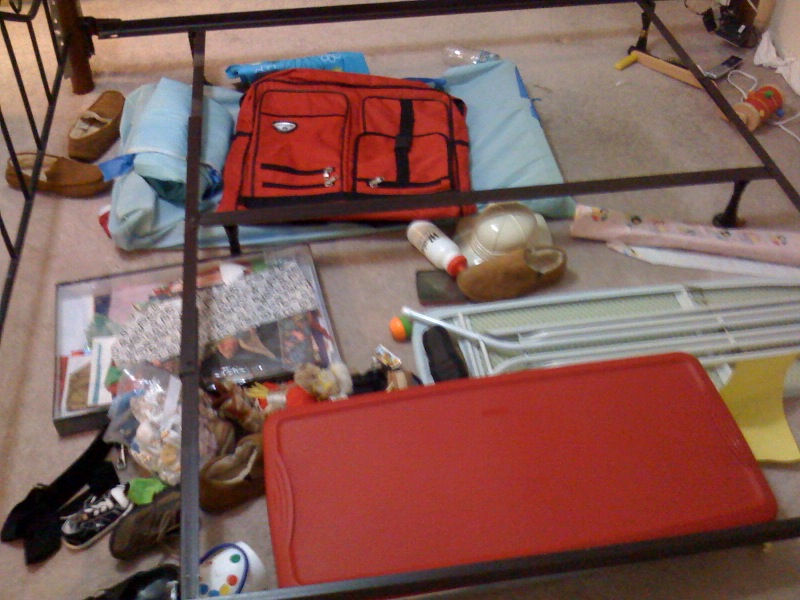 What a mess! We’ve apparently got stuff crammed into corners too.

So, it’s been a while since I’ve had a moment to post. On Thursday night I stayed up late and got our new blog software working. Even though OS X Server comes with a version of Blojsom I decided to use WordPress. Silly me. I decided that since WordPress 2.0 is in Beta, I would use the Beta version. Well, that wasn’t the brightest of ideas. It was easy to install.

Let me take a moment and say that while I’ve used various Linux distributions for years, I’ll be hard pressed to migrate off OS X. To enable Apache is as simple as using Apple’s Server Admin tool. Nice, easy to use, intuitive GUI. Even though I know the file formats and could manually edit the files, it was far faster than doing it in vi or emacs. Same with MySQL — nice little program to run to enable MySQL at system boot time and it lets you set the privileged user name and password. So, yes, I am lazy. I could have done the same thing in a Linux distribution without a problem but the richness of the UI made doing in in OS X, well, idiot proof.

So, back to WordPress 2.0 Beta 2. It, itself, was easy to install and configure. Rather than do the “mu” version, I went with running three simultaneous instances (figuring I wouldn’t really notice the wasted resources). Moved the content into a separate directory for all of them via sym links (to make going to version 2.0 easier).

Well, it all worked… Until… I tried using Ecto (our preferred blog client). Then strange things started happing. The posts were in seriously wrong timezones. Figuring it was an Ecto issue I played with configs for a long time on the Ecto side. Finally I decided to look in the MySQL database itself. WordPress maintains two database columns for time — “local time” and “GMT” time for each post. We’re in the Eastern timezone. The “GMT” entry in the WordPress database was 10 hours ahead of Eastern and the “Local” time was spot on. Strange. Turns out in the xmlrpc.php file, WordPress (IMHO) has poor logic — they look at the date sent by the blog client (like Ecto). They assume the date is in GMT unless the client includes a timezone. Fair enough. (In Ecto’s case it does not include a timezone). They figure out the “local time” (post_date) correctly. They then call a helper function to convert the time given by the client (Ecto) to GMT. That helper function assumes that the lack of timezone means it’s local time. Oops!

Anyway, the new site/themes are active and all seems well.

There's one who looks a lot like Sneaky Pie except lighter in color. He or she (never bothered to pay enough attention) came around again last night. The girls and Hunter all get really disturbed by him/her. Last night he or she marked the outside of the slider 🙁 🙁 🙁 Of course that smell came through the sill and drove our cats nuts who appeared to either mark or get so upset they lost bladder control. Not fun. This morning was a trip to Albertson's to get a Rug Doctor. Which meant moving the dining room table. What a pain. Anyway, the carpet's been cleaned and when I run to Petsmart later I'll get more Petzyme just to treat it some more to be on the safe side.

The upside is that this afternoon we're making ice cream and watching the game! 🙂

I played this afternoon after work with the camcorder — tried out some of the filters. VERY impressed. It’s got really nice quality. Image stability is reasonable although I’ve convinced Laurie to let me get a “Merlin” from Steadycam when they release it. We took some video of Breighton outside and then tried out the infrared shooting mode (with accessory infrared video light) to shoot some video of him in his room — in pretty much pitch black. I couldn’t really see him without the camcorder. Breighton’s got the video segments posted on his blog.

I’m very happy with it. Now I can order the wide angle lens!

The only thing I’m not happy with is video editing. iMovie is really easy to use and quite nice, but it’s TERRIBLY HIDEOUSLY slow on a Mac Mini. Time for an upgrade! 🙂 Now, let me go duck and cover before Laurie decks me!

So everyone has asked me what I want for Christmas (okay, maybe it’s only my parents and Laurie, but that’s like “everybody” isn’t it????). Since Breighton and Laurie both have their letters to Santa written, I better write mine!

Despite what Breighton and Laurie have to say (they’re just hopping to hog all the gifts) I’ve been remarkably good this year. I’ve continued being difficult and argumentative but become more predictable about it. I’ve also learned the art of ignoring versus responding. I’m quite proud of myself for that one 🙂

Seriously though, I’m glad to have Breighton around — he’s fun to play with so I really don’t want much this year. But if you’re trolling for suggestions:

Thanks and have a happy holiday!
-david

I ordered the Sony HDR-HC1. It’s 1080i (although most reviews put the actual effective line count at around 750). I got the standard “gotta have” impulse accessories: larger battery, sony filters (polarizing and neutral density [living in Florida in made sense — we’ll see if it works out] ) and a wide angle lens along with a video light and better microphone.

I was putting it off but with Breighton learning new tricks all the time I decided I needed to get one. I’m really excited and look forward to using iMovie to edit the footage. I’ll have to see how the system handles editing the content — I may have to upgrade my desktop machine if it’s not fast enough…

I finally got the server set up, including the Blog server. Still need to create better styles but the defaults will do for now!